Today October 10th 2019 is World Mental Health Awareness Day and I deliberately chose this date to open my new show Stone's Throw, Lament of The Selkie.

The show is about many things- it's semi autobiographical- touching on my own experience of trauma and symptoms of PTSD-  it's rooted in folklore, myth and the stories of outsiders, it's peppered with real life verbatim recordings from women in Wales and across the world who contributed their thoughts on identity and experiences of motherhood- its a show that celebrates the power of art to challenge and help to heal, but ultimately it is a show about stories...

There is something so profoundly stirring and deeply humanising in the connections we make through stories.  As a singer songwriter, I’ve been sharing stories through song for over 20 years, but this is my debut (as a writer and performer) in Gig-Theatre. In 2017, I wrote a 10 part blog series exploring my experiences of injury, birth trauma and post-partum health issues. I was both moved and intrigued when I began to receive messages from women who had resonated with my experiences and wanted to share their own stories with me. It was these responses that spurred me to create this show. Birth trauma and post partum health issues are too often the stories that go untold, still often regarded as taboo. I had already touched on many of these themes in my 2015 Stone’s Throw, Lament of the Selkie, album release, but felt that there was still so much that I could do to, reach further into these ideas. Having anchored the initial narrative in autobiography, the medium of theatre has enabled me to expand my own story, blurring fiction and reality in order to create a space to give voice to diverse yet often untold stories that women experience.

For more info on the show and to book tickets please visit:
https://www.racheltaylor-beales.com/news-1 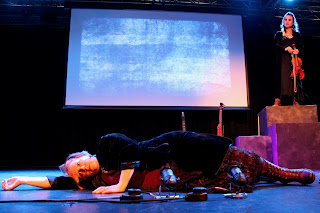 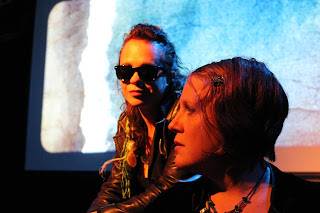 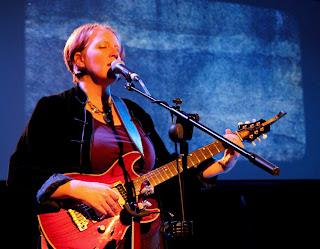 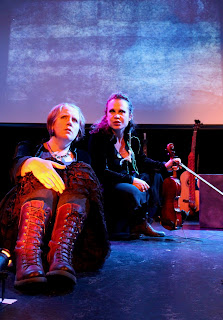 The Story Behind The Stone's Throw Show 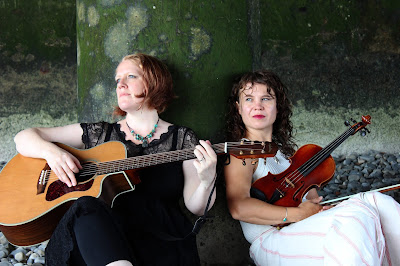 I’ve been invited by the venues that I'm touring to this October to write a little about the back-story behind my new show, Stone’s Throw, Lament Of the Selkie. Having been a full time singer songwriter and touring artist over the last 20 years, this is my first venture into the world of theatre and I am thrilled to have received support of Arts Council Wales in order to make the piece. This is the full unedited version of the copy that I have sent out to venues.

The back-story behind, Stone’s Throw, Lament Of The Selkie.

The idea of a collaborative storytelling piece focusing on a retelling of selkie mythology first occurred way back in 2011, when composer Gillian Stevens introduced me to the folklore tales of these shape-shifting seal folk. But this project was to be short lived as a few months later I was immobile and house bound, having sustained injuries to my hip and back after falling from stage while on tour in rural Italy. The fall was traumatic in itself, but what compounded it all was the fact that I was also 24 weeks pregnant when this happened.

My tour colleague Dylan Fowler told me that he’ll never forget the sound body made as it smacked the ground- it was stone-marble flooring…I felt pins and needles up and down my spine. Fortunately my baby was unharmed, I’d twisted so I landed on my hip and back, not my bump… but the accident left me very damaged. The Drs suspected that I had a hairline fracture on my hip- and my muscles locked in spasms leaving me with severely limited mobility for the duration of my pregnancy and beyond. This fall had a domino effect…the first of several waves of trauma that occurred over the following months that led to severe birth complications and postpartum health issues and in the end it me took years to recover. There was a time when my muscles were so atrophied that I could barely hold a note in tune- and my back would begin to spasm after holding a guitar for 30 seconds and I wondered if I’d ever be able to tour and play music again. And here’s where the selkie’s come in... During this time I began to revisit the folklore myths and found myself resonating with many of the themes that lay within these ancient tales. A selkie finding herself trapped on land in human form unable to return to her seal state of being, struck a chord with my own sense of being trapped by the limitations of my broken body… Slowly I began to write my 4th solo album- a process that took a further 3 years to complete and alongside this I continued to work at my own physical and mental recovery. Lucy Rivers played violin on the album and at this time we began to discuss performing the songs in a more theatrical way.

Then one evening in 2017 I found myself writing- 10,000 words, the full story of all the events of my unravelling. Tentatively I shared the sections as a blog posts and was met with an unprecedented response from women who resonated with my story. I began to receive messages from women from around the world, sharing their own stories with me. I began to perceive that there was a need for these stories to be given a public platform as the subject of birth trauma is rarely explored on stage and is still often seen as a taboo subject. So, last year 2018 teamed I up with Lucy Rivers for a research and development project to explore merging my own experiences with the a contemporary retelling of selkie myths. Alongside this I invited women to send me their own stories relating to birth and identity. The research and development project went well- positive responses from both venue bookers and all who engaged in the project. In response to this I set to work at applying for the next round of funding to make the show. The funding bid, was rejected. I was gutted- the comments from the funders were very positive however ( even though the project was rejected) and so despite disappointments and the massive amount of work and time that would be required to   submit again, I pragmatically decided to have another push at the same funding... and am thrilled that this time I was successful. So now this autumn 2019, we are finally making the full-length show…

Below are some recent shots and videos of rehearsals with Lucy Rivers. 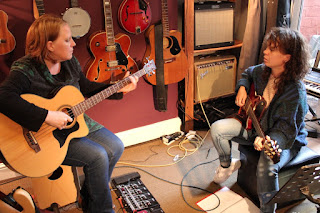 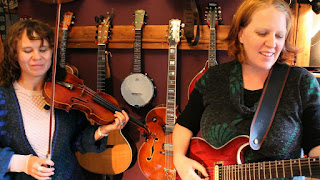 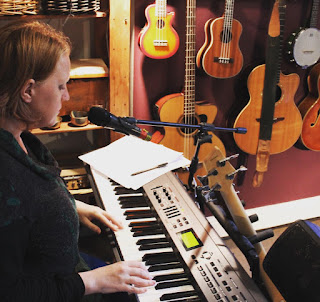 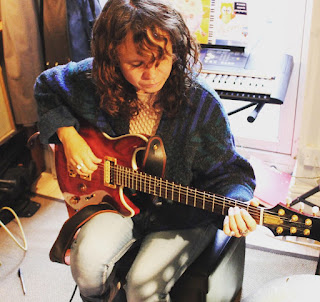 (additional dates now being added for 2020)