All About Red Tree, The New Album 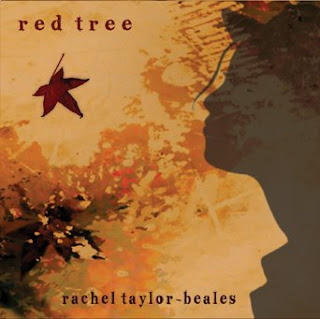 RED TREE
Release Date 21/05/08 on Hushland
CD Launch gig at THE POINT, Cardiff Bay on the 14th May


About the album
Red Tree is the second of a colour themed trilogy of albums.
The title track was in part inspired by ‘The Red Tree,’ story book written and illustrated the Australian author Shaun Tan. I had been on holiday in the beautiful countryside of West Wales, and remember photographing a whole series of brightly coloured red trees that were planted outside my window. I knew that the colour inspiration for the next album would be red- and so was on the look out for anything that would spark my imagination. Just after this time I came across Shaun’s book and was totally struck by the depth and imaginative illustrations that followed a young girl’s journey of hope through depression and confusion waiting for her dream of ‘The Red Tree’ to become a reality. This in turn became the starting point for my Red Tree song and from that the album.

This CD also includes 2 tracks, ‘What if I Said’ and ‘Kindly Leave’ that were composed in collaboration with poet and BBC radio 4’s Broadcaster, Stewart Henderson as well as one track ‘ Find Me’ written by Bill Taylor-Beales. As a singer I enjoy interpreting the words of others and felt that as my previous album Brilliant Blue was entirely written by me, there was definitely room to explore other voices alongside my own on this album.

Working with Martyn Joseph as a producer was a great experience. He was very keen that the recordings be ‘live takes’ so that we could capture as much intimacy of interpretation as we could in the performance of them. So we began a process of singing through the tracks as a whole and recording each take until we felt we had ‘the one’ This was a very different experience of recording for me as I’ve always worked layer by layer in the studio adding the vocals at the end. The result though is I feel a very authentic and personal sound, and the process has certainly helped me to really inhabit the songs as a performer.

Martyn also lent his excellent musicianship to the project. He would often start a session by saying that he’d been experimenting with different sounds and ideas on the tracks- and pretty much each time I’d end up saying- ‘Yes that has to stay on it!’
There are also appearances from the wonderful Karen Chalk who has sung and performed with me since 2004, as well as Bill Taylor-Beales, guesting on his own track- Find Me. Charlotte Eksteen’s cello parts were the last to be recorded and in my opinion her contributions have taken the album to another level. Her playing and interpretation of the tracks was stunning, and I remember at one point in the studio Martyn Joseph and myself both simultaneously saying Wow- after her moving rendition on the Moses Basket track.
Posted by Rachel at 13:41 No comments: