Note's On My New Album, Stone's Throw - Lament Of The Selkie 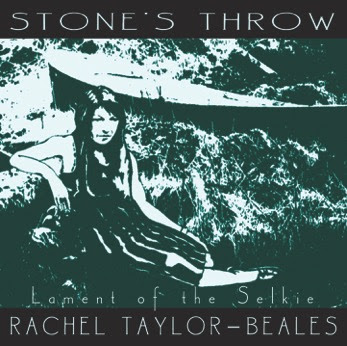 Selkie is the Orcadian word for ‘seal’ and many stories surrounding shape shifting seal people exist within Orkney folklore. In order to take on human form a Selkie had to shed their sealskin. The Selkie men in these stories are often seducers and unfaithful in their relationships, while the Selkie women are usually entrapped by a human stealing and hiding their skin. The Selkie women are generally faithful in their relationships with humans for many years but ultimately their love for the sea and own kind always wins out as they leave their human homes when they rediscover and reclaim their sealskins. Some Selkies have families on land and in sea, for others their children are born on land with webbed feet and hands and in one account the Selkie’s children cannot survive on land and have to be set back into the ocean.

Stone’s Throw ~ Lament Of The Selkie released on Hushland Records 2015 is a reimagining of these traditional Orkney Selkie stories.

Notes On Stone’s Throw, Lament Of The Selkie
Back in the winter of 2011, I was working on a musical collaboration with my friend Gillian Stevens. The project was called ‘Counting The Waves’ and was an exploration of sonic palette involving ancient medieval instruments and modern loop making technology and electric guitar. During this process Gill introduced me to selkie mythology of the Orkney Isles. I had never come across these stories before and found myself captured by their muse. Counting the Waves began to take on a narrative based on the amalgamation of the various selkie myths taking the ancient legends and transposing them into a modern context. I started writing songs from a female selkie perspective and our project was due to premier in the early summer 2012. During our collaboration I discovered I was pregnant with my daughter Polly and so plotted our dates to work inline with my own due date and maternity leave. It was an exciting time, but sadly this specific project was not to be.

Three years ago in early May when 5 months pregnant I had a bad accident. I was on tour in Italy and fell from a high (approx 1.5 metre) stage onto ceramic tiled flooring. Fortunately my daughter was unharmed, but I sustained injuries that left me virtually immobile for the duration of my pregnancy and caused further complications for the birthing process. It was to be a full year and 2 months before I would be signed off by the physio and the implications of it all had a further impact on my singing as my core strength had vastly diminished in this time and so I began a long process of rebuilding the atrophied muscles to enable me to be able to carry a song again.

With my musical projects stalled indefinitely by the logistics of my situation, Bill and I decided to invest in our own recording studio which would enable me to work on a much more adhoc basis as and when I was able to. Slowly I began to work on my songs again and found that the selkie muse was stronger than ever, more and more tracks to her life were being completed.

Aside from the birth and joyful presence of our daughter Polly for which words can’t adequately express the wonder, over these last years life around me has held much loss and lament. During my pregnancy and the subsequent few years, several of my closest friends have had miscarriages. We experienced the tragic loss of a friends and family both through natural causes and suicide. Marriages have broken down around us… Globally the wars in Gaza and Syria and the outrageous killings of so many innocent young civilians, the endless rise in refugees of war, economic and ecological circumstance…. have all played heavily in my heart and mind. As I sought to process these experiences I found that Selkie became a vehicle to filter all these internal laments as I continued combining elements of the tales into an arc narrative.

With the title track Stone’s Throw, I imagined her as a refugee in a foreign land, a beautiful exotic being now working in a seafront kiosk, selling seaside tat and chips and tea. To me she was a refugee both in circumstance and in spirit. Having read reports of a baby seal being found hiding under a car on the streets of California earlier this year as a result of the warming oceans and as a consequence of the changing availability of food sources, this image of the seal-woman refugee has solidified in my mind. In my narrative, the break down of her relationship with a local man followed on from her extreme heartache that their children could not survive on land. This became a way of expressing my sadness and pain for the situations of my own friends going through hard times in their relationships and with their own loss of children. Her restlessness and longing to feel comfortable in her own skin resonated with my own struggles of trying to rebuild my battered body and as I wrote I realized to my surprise that I was working on a full length concept album.

I must admit to being afraid that it would all be just too depressing, the tale of a seal-woman, who’s life and loves break down to the point where she falls back into the sea leaving a devastated partner to grieve her… and I wrestled with the urges to lighten the content, but in the end the muse won out. To be authentic in this process I had to surrender to the fact that it was a dark and tragic folklore that I was working on and to the belief that there is a need for lament in art that can enable us to find expression of our own stories within in it, just as Selkie myths had done for me.

Ultimately it is the Selkie’s need to be true to herself that wins out as she returns to the place where she is unfettered and truly her own person as the refugee in spirit and in circumstance finds a way back home. In some ways I think this was a driving force these last years, the pursuit of authenticity in the face of ever changing circumstances, some tragic, some joyous and through it all this new album Stone’s Throw ~ Lament of the Selkie has found its place and been created.

The album features an eclectic bunch of brilliant musicians, who have been great to work with.
Paul Gray (formerly of The Damned/Eddie and The Hot Rods /UFO) makes a guest appearance on bass for a few tracks. Lucy Rivers has provided beautiful violin throughout with additional cello strings from Rosy Robinson. Dylan Fowler has contributed slide guitars and sonic textures with his unique sound and Angharad Evans has sung additional backing vocals on many tracks. My brother Shane Beales guests on percussion and Bill Taylor-Beales (aka Sir Silence and my husband!) plays more bass, assorted guitars, percussion and a bit of organ- leaving me with main electric/acoustic guitar, piano, organ, ukulele, and lots of vocals...

I very much hope that folks will enjoy the finished product that will be coming very soon...

Below a few pics of the journey along the way!

(pic left working with Gill Stevens and her amazing medieval instruments in 2011, I hope to be able to revisit a collaboration in the future!) 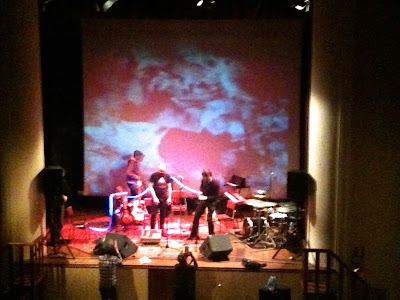 (Pics below Pregnant before and after 2012!) 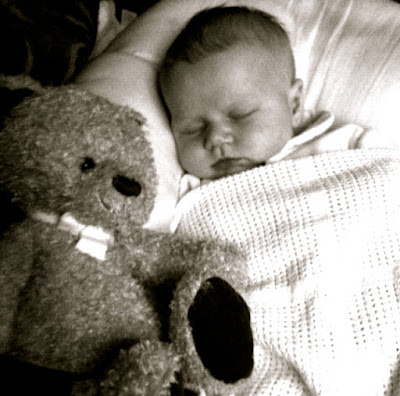 (Raising a glass of sparkling wine to the wall of sound!) 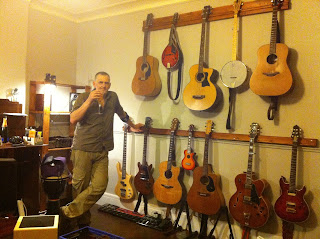 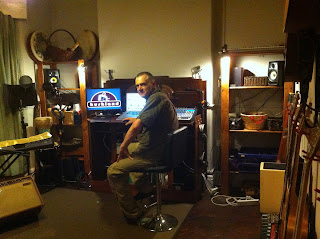 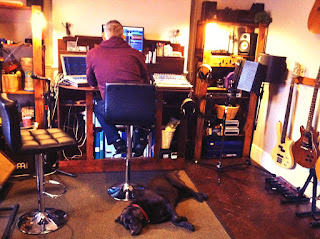 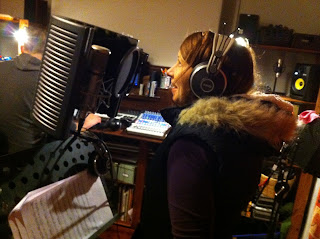 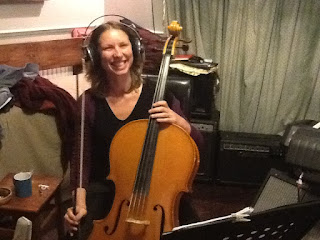 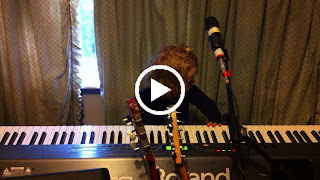